Litigation Finance in India: An overview by Prateek Bagaria 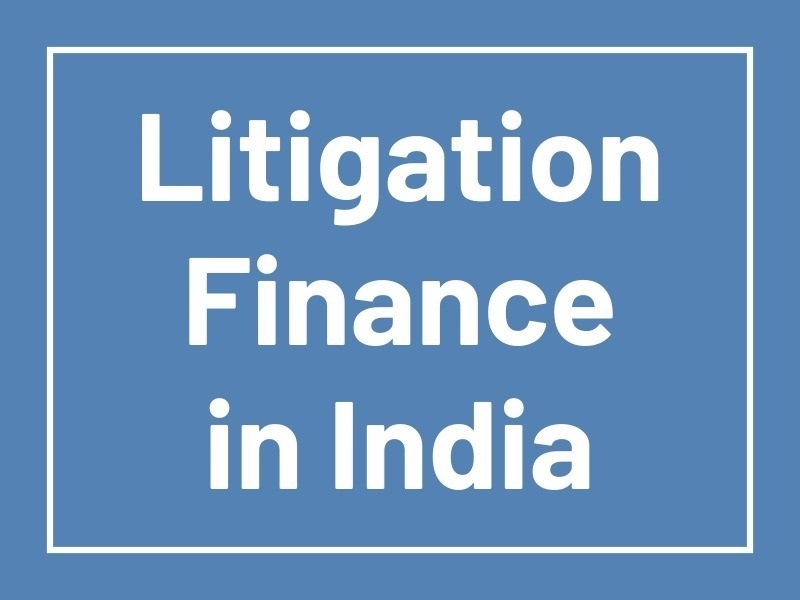 The general reaction to litigation finance in India has been in the ‘doubtful’ domain on account of the dearth of news, data or propagators of the same. Moreover, it has met with an opinion, without basis, of being illegal or against public policy.

However, this is not true. Litigation finance has always found place and acceptance in India. The common law torts and crimes of maintenance and champerty were never in force as special laws in India. Consequently, a fair agreement to supply funds to carry on a suit in consideration for a share in the litigation proceeds has never been considered void, or against public policy in India. This was confirmed by jurisprudence spanning over centuries, from 1876 to 2018.

On the other hand, if an Indian court finds that a funding agreement is extortionate, unconscionable or inequitable, it may refuse to give effect to it under section 23 of the Contract Act, 1872, on the ground that it is against public policy. This raised the question as to what makes a Litigation Finance Agreement (LFA) unfair, extortionate, unconscionable or inequitable.

The answer is subjective and varies from case-to-case. However, some common principles that emerge from jurisprudence are that the funding agreement will be invalidated and/or held unenforceable if an agreement is shown to have been entered into for an improper object or to encourage litigation (which on the face of it) is unrighteous; or where a lawyer funded its client’s dispute; or where the funder had influence over the judge; or where the funder misled the claimant about the expected expenses or failed to prove that it had incurred any expenses

Further, as the returns of the financier are also relevant in judging the fairness of a financing agreement; in assessing fairness of returns, courts consider the ‘commercial value’ of the claim. While there is no legal definition of the ‘commercial value’, the courts have explained that the commercial value of the claim can be estimated by the parties in advance of the result by weighing probabilities which includes assessing which of the claims of the litigant are “highly probable to succeed” and which have a “little chance of success”. The courts have also found such assessment as reasonable and confirmed the parties’ shrewd estimate of the chances of succeeding in the litigation.

Furthermore, while it is lawful for a plaintiff to assign the benefit which he may obtain under the decree on to the funder, courts have clarified that there cannot be an assignment of the claim itself. This is because a “mere right to sue” or a “right of action for recovering damages” is not assignable under Indian law. All that the deed of assignment can confer upon the assignee is the right to the fruits of the litigation. However, this aforesaid limitation to assignment is not applicable when the subject matter of assignment is debt or receivables. In those cases, a financer has the ability to seek the transfer of the debt or receivable either by securitisation or factoring. This includes transfer of the incidental right to make claims to recover the debt or receivables.

Further, with regards to the consequences of entering into an LFA, amendments by states like Maharashtra, Madras (present day Tamil Nadu), Madhya Pradesh and Odisha to the Civil Procedure Code, 1908 (“CPC”), make express provisions recognising and providing rules in relation to litigation finance.

Despite this rich jurisprudential history of litigation finance in India, this sector has been largely unorganised and undeveloped. However, this is fast changing on account of

(a) Improvement of speed and procedure: Beginning in 2015, India has seen rapid reforms to its commercial litigation and arbitration;

(c) Mass action claims developing in India: In recent years, the Indian market has been hit with a number of frauds and scams, especially in the banking sector, that have eroded the investments and deposits of thousands of people. These incidents are potential mass claims waiting to be filed, collectively worth billions of dollars;

(d) Conducive insolvency regime: Recent amendments to the Liquidation Process Regulations under the Insolvency and Bankruptcy Code have brought in changes that potentially open further doors to litigation funding in India;

(e) Global enforcement and debt recovery: Since India is a party to the New York Convention on enforcement of arbitral awards and has reciprocal enforcement arrangements for court decrees with UK, Singapore, UAE, New Zealand, Malaysia and Hong Kong, Indian awards and decrees can be enforced globally.

Correspondingly, the Indian market has been a busy participant in the growing international litigation finance industry. Recognising the ripe conditions in the Indian market as well as the support for it in Indian law, global players have come together to form the Indian Association for Litigation Finance (IALF), an association with a vision and mission to create self-regulations for, and promote knowledge-development of litigation finance in India.

Prateek Bagaria is a partner at Singularity Legal and is an international disputes specialist with a decade of experience in complex commercial cross-border disputes. He spearheaded the foundation of the IALF and possesses the domain expertise in advising funders and litigants seeking litigation finance.

Want to be notified

"This list does not reflect the views of the Channel/Website and is merely a list of lawyers based upon information as received from surveys, nominations and industry sources. It is not a call for solicitation or an advertisement for services. It is not a recommendation and each individual must carry out their own diligence before engaging any counsel on this list at their own risk."